Here’s my rant after the results came in for Super Tuesday on March 3, 2020. The media and the DNC went all out to reshape the Democratic race after Bernie Sanders won the first three states. That a Democratic Socialist might win with his ideas that didn’t fit the Democratic National Committee’s corporate scenario scared the party insiders greatly. Here was someone that the little people wanted, not someone that would make corporate donors happy. A populist, Oh No!

The media appeared to have had some coaching to present a unified front boosting Biden and knocking Sanders. Then candidates who had worked so hard and raised so much money, and had a chance to pick up delegates in Super Tuesday abruptly withdrew from the race and endorsed Biden. No one pressured Warren to drop out as it suited the party to have her still in the race siphoning off progressive votes from Sanders.

The timing worked perfectly for this coup to make voters think that Biden was the anointed savior of the Democratic Party. After winning a single state, the media went into full Biden promotion the day before the voters went to the polls in 14 states.

Biden picked up a lot of delegates the next day when just a week before, his campaign was barely breathing. 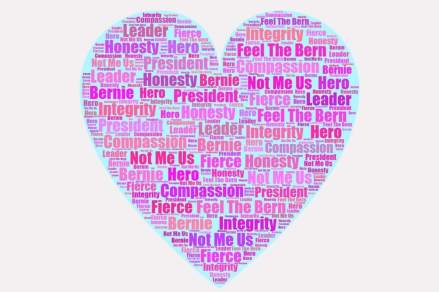 My Thoughts on Why Some Voters Give Up on Voting

The suburban and upper-middle-class voters who are reasonably comfortable are voting for the status quo and to hell with the poor and the struggling working class who need healthcare and a better wage to survive. Unfortunately, many of those struggling citizens will sink back into apathy and the daily drudgery that their lives consist of. Many of these were fighting to get Bernie into office, but now they will go back to wondering if they can afford food for their kids this week and if their car will hold up so they can get to their 2nd part-time job.

Later, when they don’t bother to show up for the general election, the DNC will blame Bernie. They give up on politics when they realize that those in Congress and the White House don’t even realize they’re are on the planet. If those in office do acknowledge them, they blame you for not pulling yourself up by your bootstraps (when they can’t afford boots to start with). The Democratic Party bosses don’t give a hoot about those people as they don’t have the money to hire a lobbyist and won’t be sending big bucks to the DNC.

After Super Tuesday, my heart sinks just like it did when I realized that the DNC wasn’t going to let the people elect who they really wanted in 2016. They are doing it again. I don’t know why we bother with primary elections when the party elites prefer to meet in a back room and select their candidate without all the bother of consulting the people. 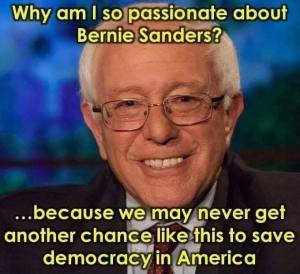 3 thoughts on “Why Some Voters Drop Out”

Search by keyword on this blog

Topics Covered in this Blog

Comments on the Blog

My Mother's Book (I did the layout design and editing)